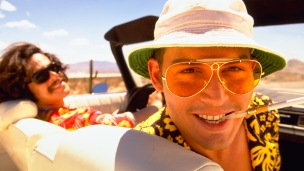 I’m really unsure about what I’ve just finished watching. I’ve never touched any form of drug, but the closest I’ll ever get to an experience is what I’ve just seen on screen. Johnny Depp and Benecio del Toro’s psychedelic drug fuelled journey to Las Vegas is a mish-mash fantasy of hallucinations and madness that you are never sure is real or not. Depp’s character, Raoul Duke, is supposed to be reporting on the Mint 400 race, but gets utterly distracted. We instead are taken on a series of weird escapades with lizard cocktails bars and trippy circus scenes. All of the scenes were unpredictable and unexpected, and I’m still struggling to piece together the scraps of the so-called plot.

Based on the book, Fear and Loathing in Las Vegas: A Savage Journey to the Heart of the American Dream by Hunter S. Thompson, which I now want to read, the film intends to show these two men’s attempt to discover the American Dream within the infamous site of Vegas. As it turns it the original story in the book is loosely based on true events that happened to the author. The style has been described as ‘gonzo journalism’ where fiction and journalism mix together to form a half-fiction. This begins to blend into the film as Depp’s voice-over shows the attempt at journalistic recollection but it becomes lost and confused within the drug-fueled frenzy that ensues. Finding this background and interest behind the film sounds a lot more interesting than the film itself.

I think, like myself, many viewers will be lost within the phantasma of weirdness that director Terry Gilliam provides. It’s not really a film to sit down and enjoy as it becomes too odd to enjoy. There isn’t really a comedic aspect as Depp and Del Toro stumble around high on multiple kind of substances. With limited plot and intrigue I persevered watching just to see what the high IMDb rating was based on. I can see why it is very popular with various cinematic effects and the warped viewpoints that translate onto the camera.

I do struggle to recommend this film, as I don’t know what really happened. It was kind of enjoyable but maybe another viewing will iron out some of the confusion, now I sort of understand the aim of the film. I hope I’m like many other viewers left in a odd state of confusion. I suppose it’s a positive that I’d choose to watch it again… maybe! 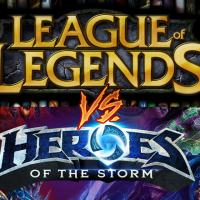