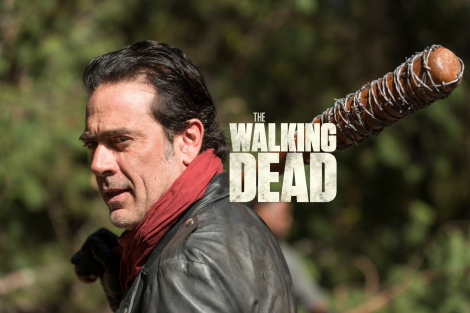 Are you ready for The Walking Dead Season 7 finale?! Despite such a fast-paced start to the season, it has been a difficult ride through this latest season of The Walking Dead. We have had some great character development and some killer scenes from Negan, but the pacing is really off and everything still feels like it’s stalling for the big battle to come in season 8.

Even though the show has been a frustrating watch, there’s still a part of me that’s super excited to see what’s ahead in the season finale. Here’s the season 7 finale episode trailer:

Who’s Going To Die in The Walking Dead Season 7 Finale?

I think we’re used to the fact nowadays the mid-season and season finales are generally gruesome affairs. With the uprising against Negan well and truly under way, he’s certainly going to want to shut that shit down sharpish. Lucille is definitely going to be swinging next episode, and it wouldn’t surprise me if there were casualties on both sides.

After reading some interviews with cast members, I think we’re in for a heartbreaking episode. Lauren Cohan’s interview with Harper’s Bazaar states: “[It’s] incredibly bittersweet, beautiful, and heartbreaking”. Does bittersweet mean we can expect a selfless sacrifice where we see a couple lose their other half? Whatever happens, I think there’s going to be tears.

These are my prime suspects for deaths in the Walking Dead season 7 finale! Who’s going to go? My verdict Sasha and Eric. I’m all kind of excited to see how this one plays out, let’s hope it fixes what has been a hugely mediocre season.

Who do you think is going to die in The Walking Dead season 7 finale? Who will you be most disappointed to see leave the show? Let me know in the comments below – not long to go now!