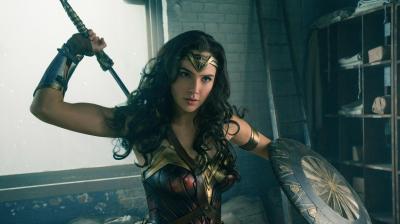 Wonder Woman was a pretty decent film. I’ve not really enjoyed the some of the recent DC flicks especially the likes Suicide Squad and Man Of Steel, so this one was a pleasant surprise. I do like a good origin story, and seeing Gal Gadot’s Diana Prince be brought into the real world during the midst of World War I was pretty epic.

To get in the proper Wonder Woman mood, make sure to have that epic Hans Zimmer/Junkie XL ‘Is She With You’ soundtrack from Batman vs Superman playing!

I have to admit the start of Wonder Woman had me a little pessimistic for what was to come. The mystical hidden island full of Amazons was a bit of a throw into the deep end, and it some ways a little drawn out. I felt the film really got started as Diana left Themyscira with Steve Trevor (played by Chris Pine) and I loved the same wartime/early 20th Century feel like we had in Captain America: The First Avenger. In many ways, this film felt like a Captain America/Thor mashup, but that’s by no means a bad thing!

I think Wonder Woman’s naivety combined with unrivalled badass nature is what made her such a likeable character. The way she dealt with the absurdity of the female role in 1900s Britain was enjoyable pretty refreshing and entertaining. She proved the stuffy upper-class politicians wrong and fought her way to the Front to complete her duty and furthering the war effort against the Germans. I’d say Wonder Woman is well worth a watch and superhero film fans will be pleasantly surprised by this one.

Wonder Woman’s emergence from the trench was by far the best moment in the film for me. Being on the Front was a great location anyway, but seeing our new heroine rise up above the trenches was an impressive sight. The slow-mo fights, the gauntlets deflecting bullets and the ringing out of the Wonder Woman theme made this a pretty epic scene.

I really like hand-to-hand fight scenes, and whilst these weren’t the most spectacular I’ve seen, they are hundreds of times better than excessive explosions and massive shoot-outs. Let’s have more like this in the future DC!

The Problem With Wonder Woman (For Me)

Let’s talk about the Wonder Woman ending. (spoilers everywhere for sure!). As with all actions films, I there’s always a necessity to have an over-the-top at the very end. I really didn’t think that this film needed one, although, surprise surprise, we did anyway! I did like the fact that Ares being Sir Patrick (played by David Thewlis) was totally unexpected, but the following fight scene was a little too generic.

The film ranked pretty highly for me before that point. The fights were good, the heroine and team were likeable, the romance was bearable and the villains were pretty sinister. Just the last fight scene made me feel like the film was stuck in DC ways, and the film had to conclude with an explosive battle.

I would have preferred Diana to find the spirit of Ares has touched every man. Rather than creating Ares as a literal figure, it could have been a way of humanity, which she knows she will always have to fight. I think after dispatching of Ludendorff, she should have locked Dr Poison in a gas-filling room and left it at that. The giant armoured up Professor Lupin was a little too much for me, and I think they ended the film on a much stronger note.

What did you think of this new 2017 film? Do you agree with my Wonder Woman full movie review? Let me know in the comments below!

5 responses to “My ‘Wonder Woman’ Full Movie Review: DC Finally Gets It Right!” 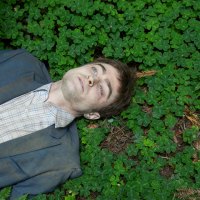 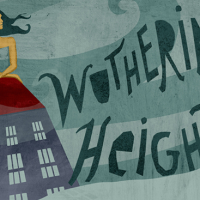